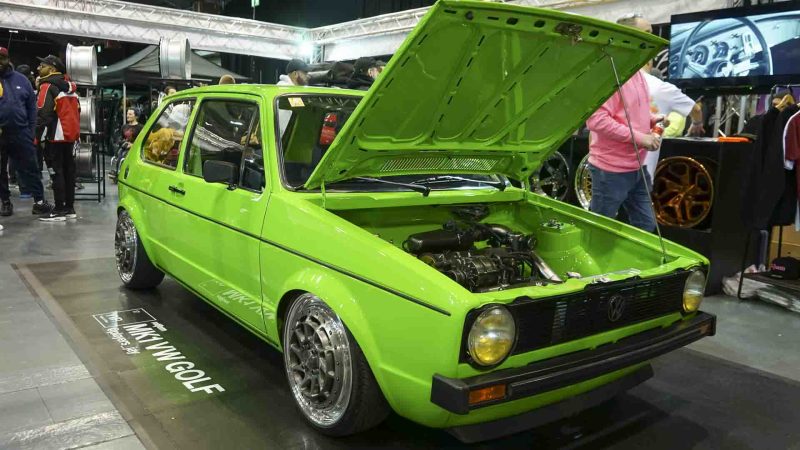 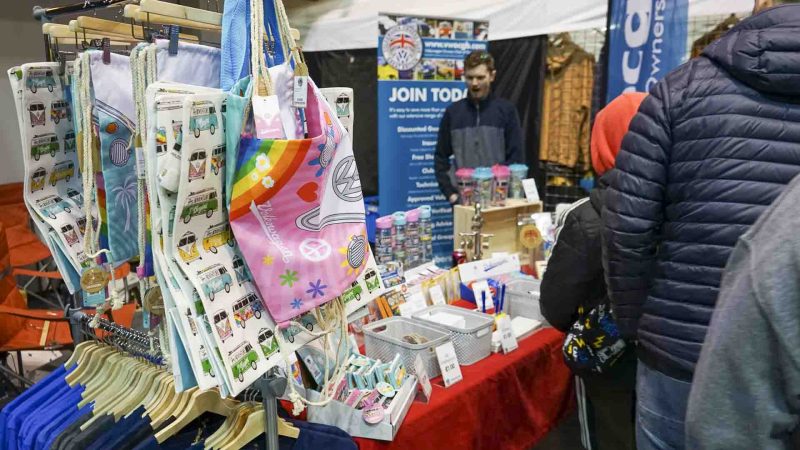 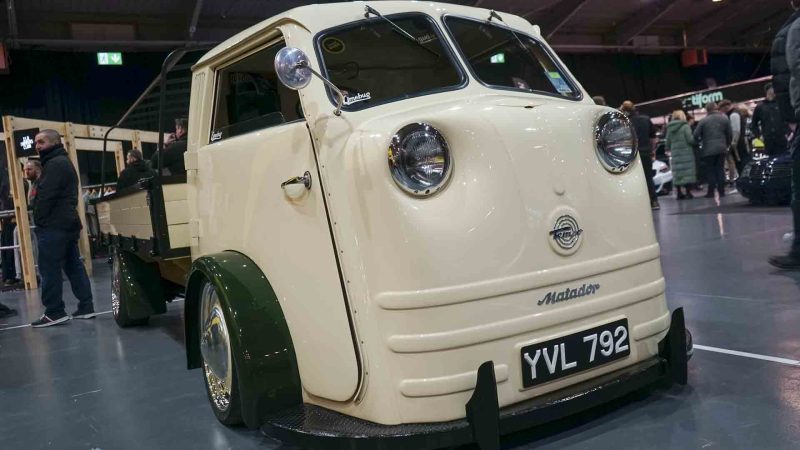 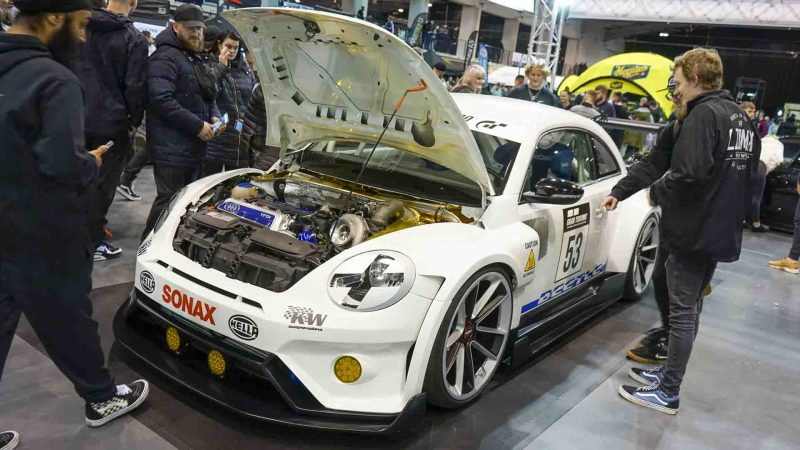 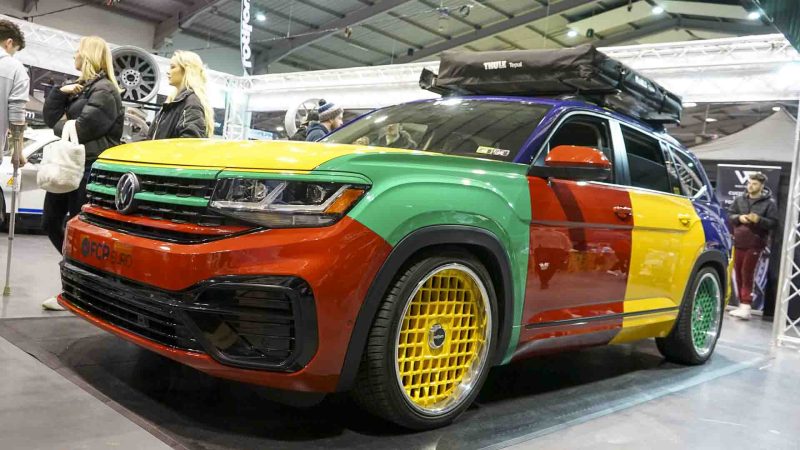 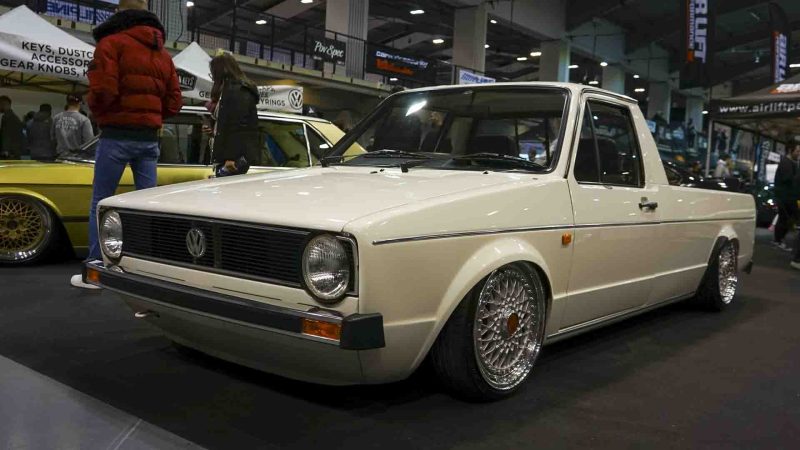 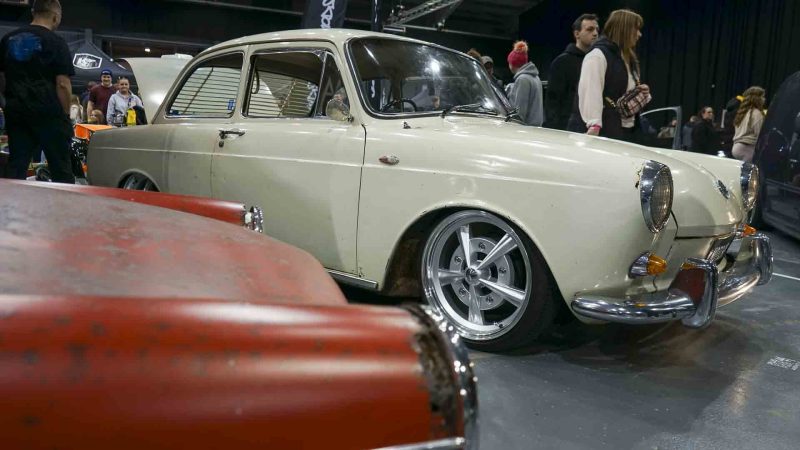 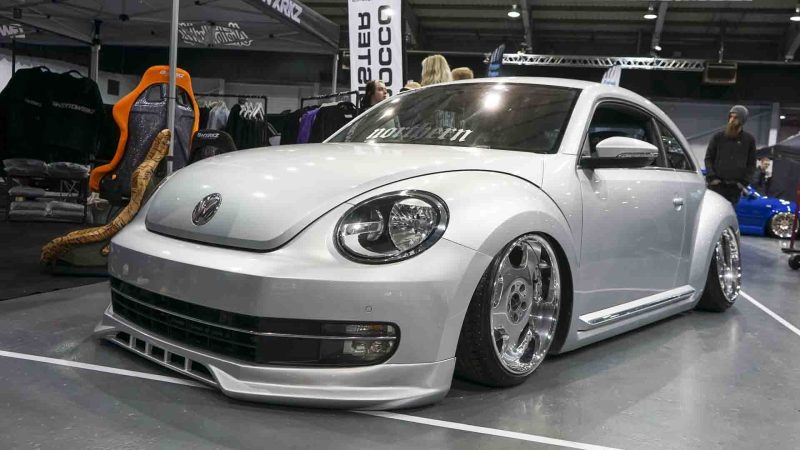 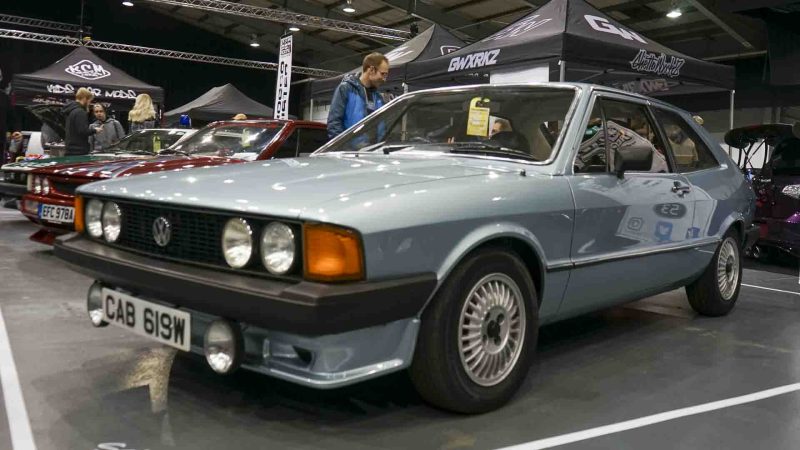 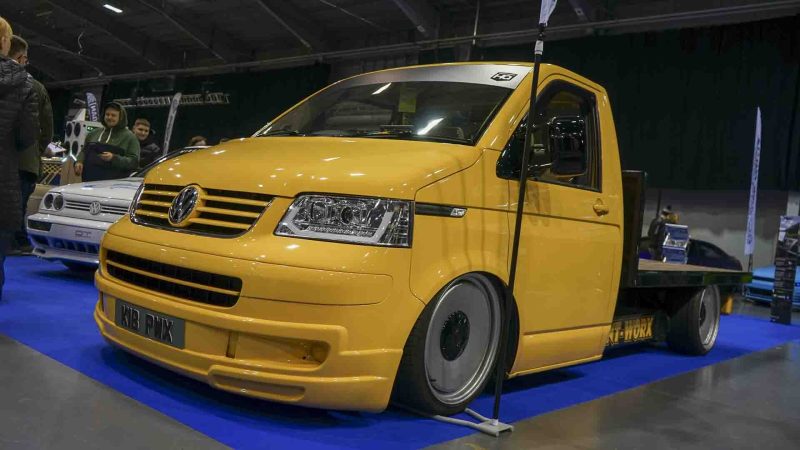 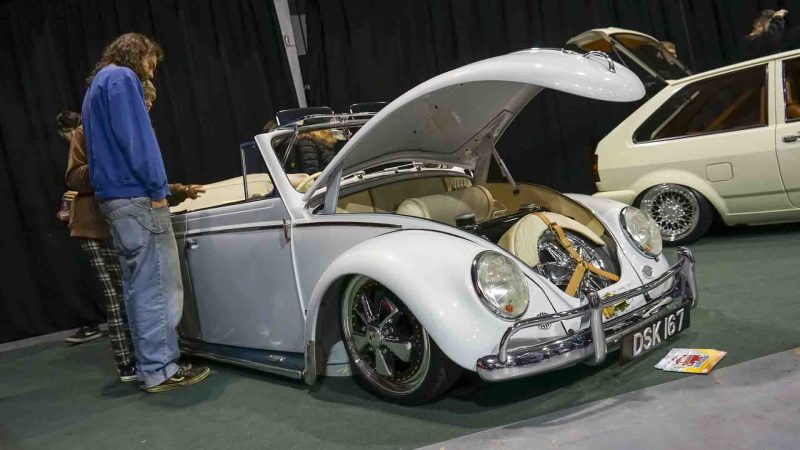 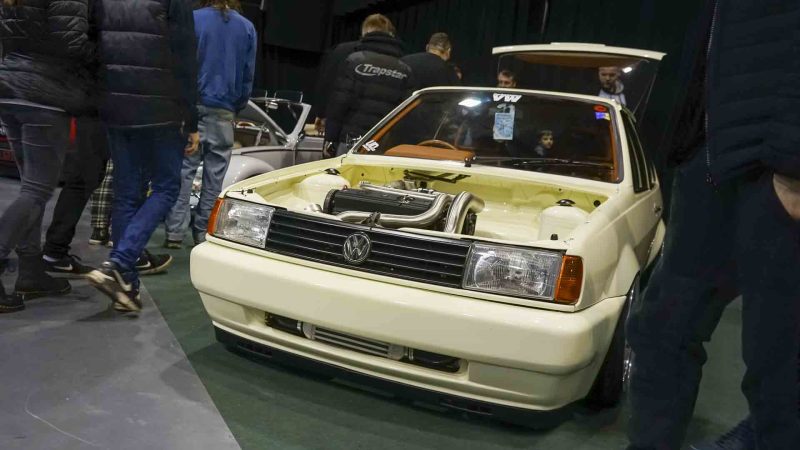 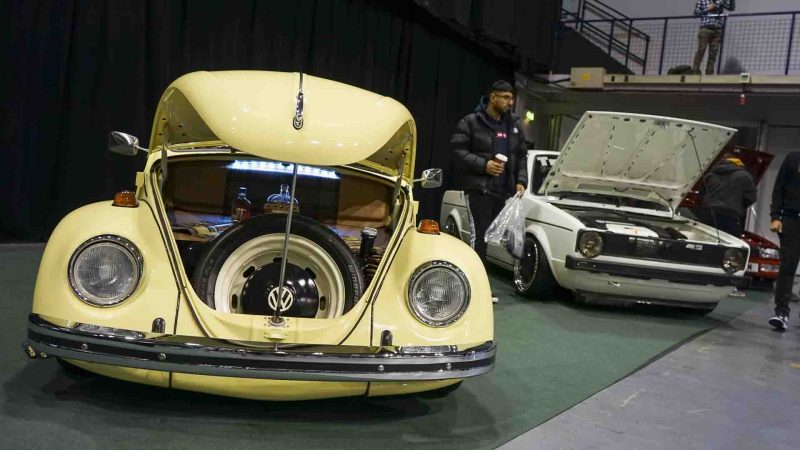 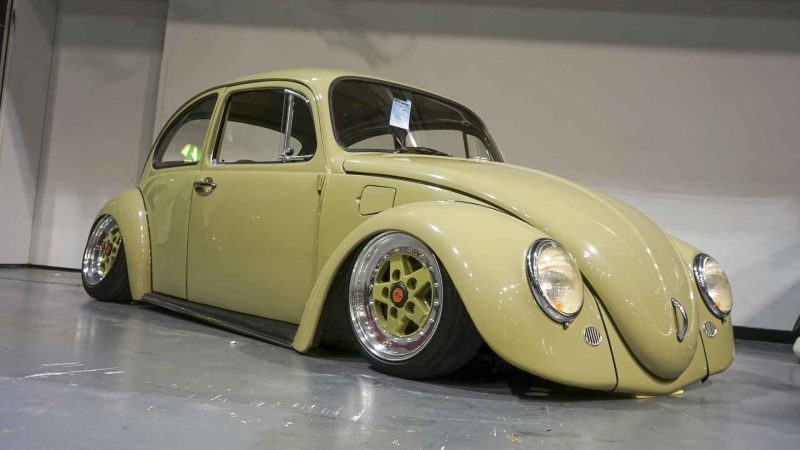 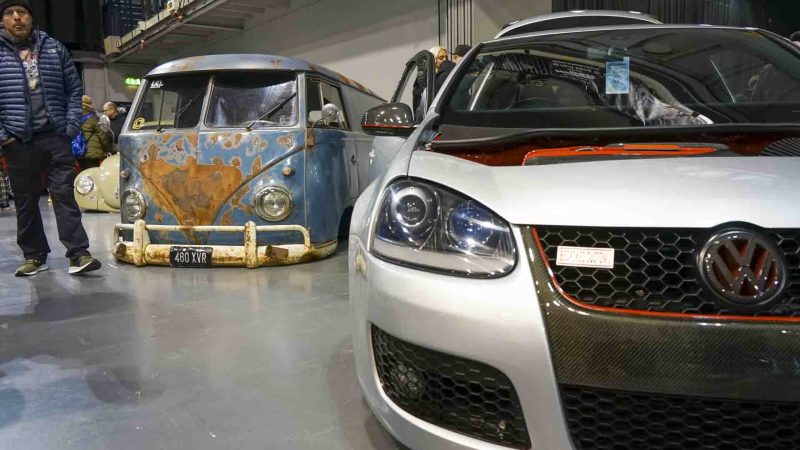 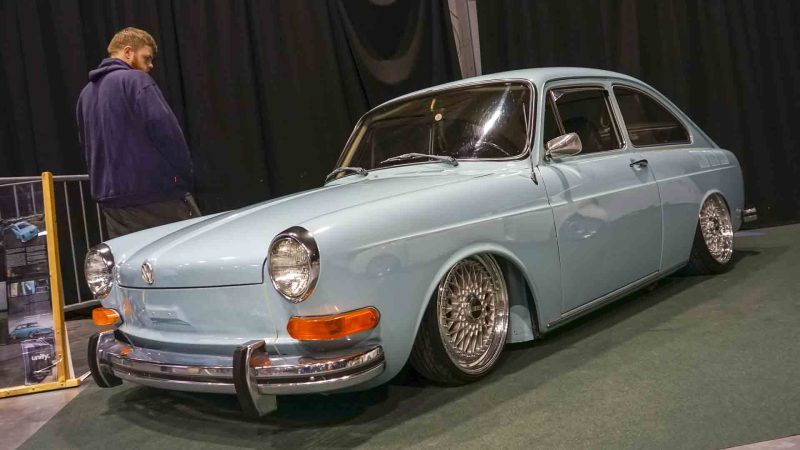 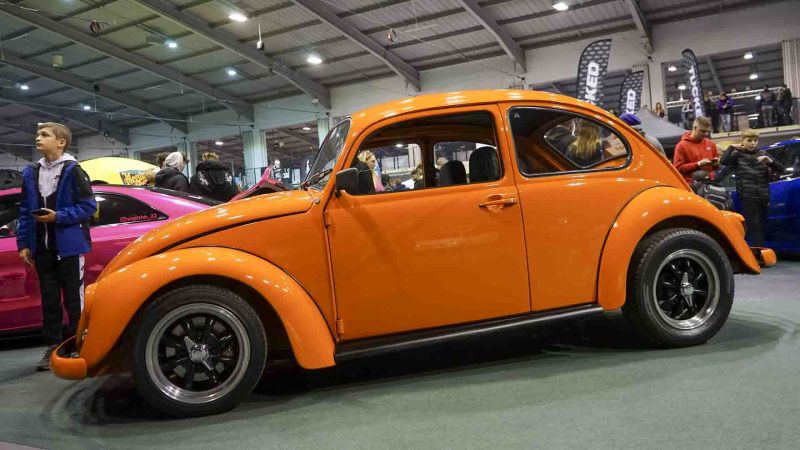 For the Volkswagen Owners Club of Great Britain, the season opener has always been Dubfreeze (Bugfreeze for those that are old enough to remember). Unfortunately, Dubfreeze doesn’t feature on the show calendar anymore. It was looking like we’d have to wait until Stanford Hall in May to get out-and-about.

We were getting itchy feet. An out of the blue email from a fellow club member suggested we take a look at Ultimate Dubs. It was perfect timing. We wanted to get out and see some VWs, so we booked a pitch.

We didn’t know what to expect, having never visited the show before, either as an exhibitor or a visitor. We had seen photos from previous years, and there always seems to be some top VWs on show. We were not disappointed!

Being an indoor show, setup is bound to be a bottleneck, so we had to deliver our club shop to the Telford International Centre on Saturday. This gave us a sneak preview of some of the cars there were going to be on display. It was great to see a selection of the cars being driven to the venue, and not all of them arriving on trailers!

We quickly dropped our stock off, set up our flags and banners and then disappeared off to Alton Towers for the day.

A Busy Start to the Day

We set off for Telford early Sunday morning. It was a good job we did. There were huge queues of VWs all around the International Centre. Claire and Katie jumped out of the van to head into the venue on foot, so we had someone on the stall when the doors opened. It was a good job they did, it took over an hour to get to the trade car park.

It could have been worse though. We heard that some poor chap lost his Polo to fire as a result of a fuel leak. We had seen a fire engine in the car park but had hoped it was there as a precaution.

The Ultimate Dubs name of the show doesn’t lie. The quality of the workmanship on display was awesome. Although I wasn’t quite sure why some non-VW cars were in the halls. We had a BMW opposite our stall. Still, there was some amazing machinery on display.

Picking favourites at shows is never easy, and I certainly don’t envy the judges in their decision making.

For me, the standout cars are the Harlequin Atlas (yes, an Atlas all the way from Pennsylvania USA!), the race-prepped New Beetle and green Mk1 Golf all hosted on the Rotiform stand. Every time I walked past the stand, I noticed something different.

Whilst there isn’t the volume of traders that there are at some other VW shows, the quality is top end. It’s a detailers paradise, with plenty of detailing supplies offerings. And you’ll need deep pockets for the air-ride and wheel suppliers.

During the charity auction, the organisers even managed to raise £500 for the chap who lost his Polo to fire. Well done folks!

Ultimate Dubs was a brilliant season opener, and one that we think will feature on our calendar in the future. The quality of cars presented in the halls is outstanding, with enough variety to please everyone.

We’ll definitely be back!