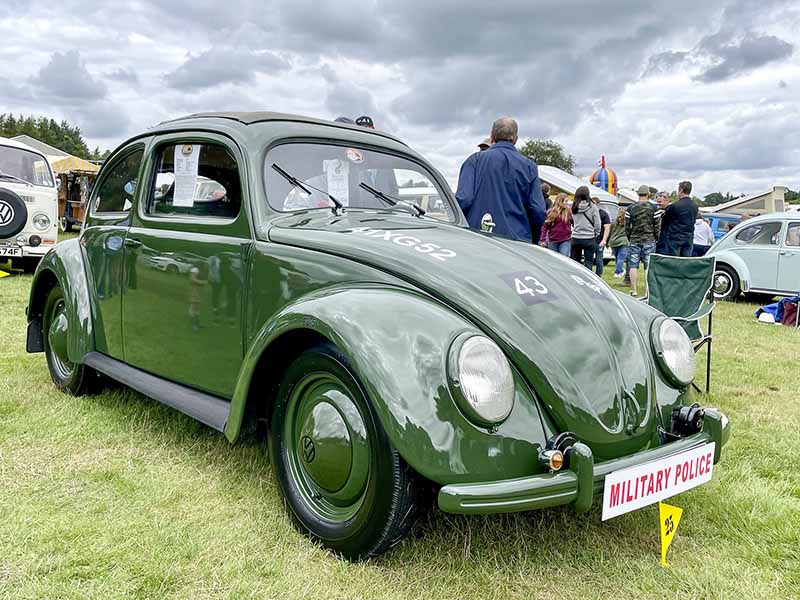 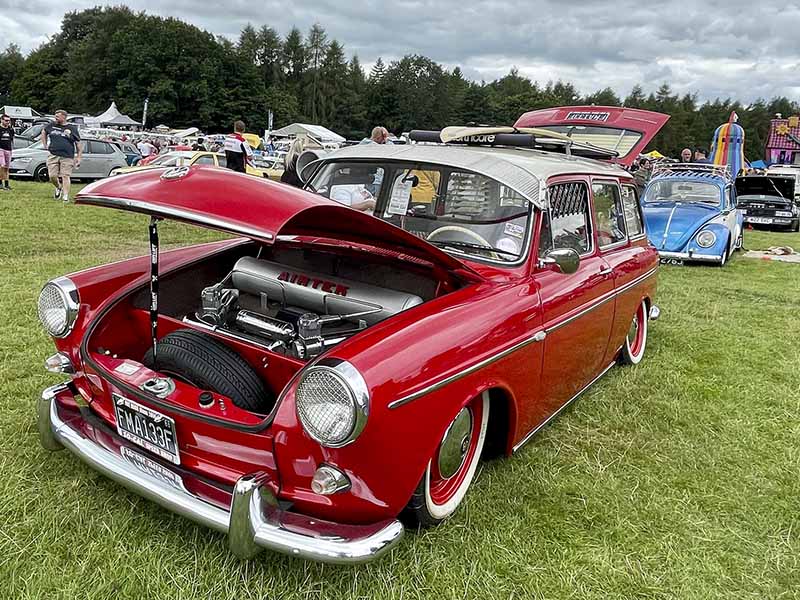 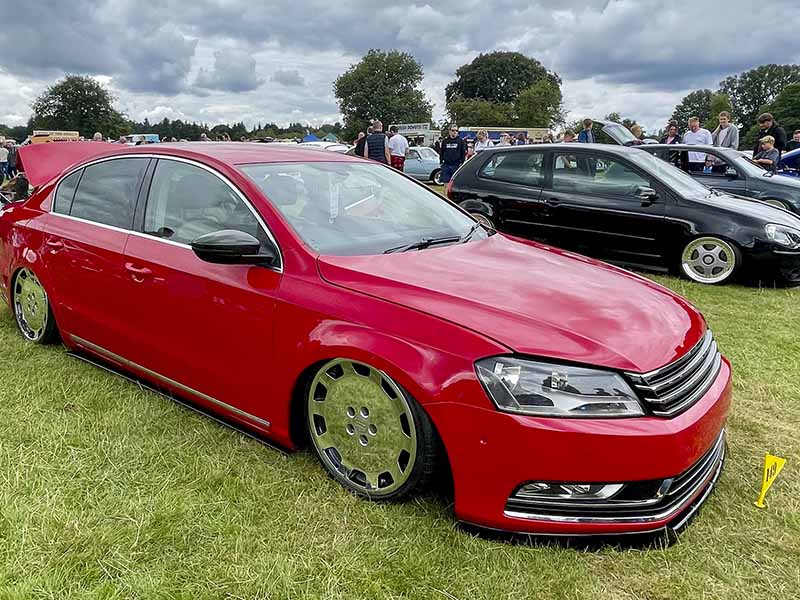 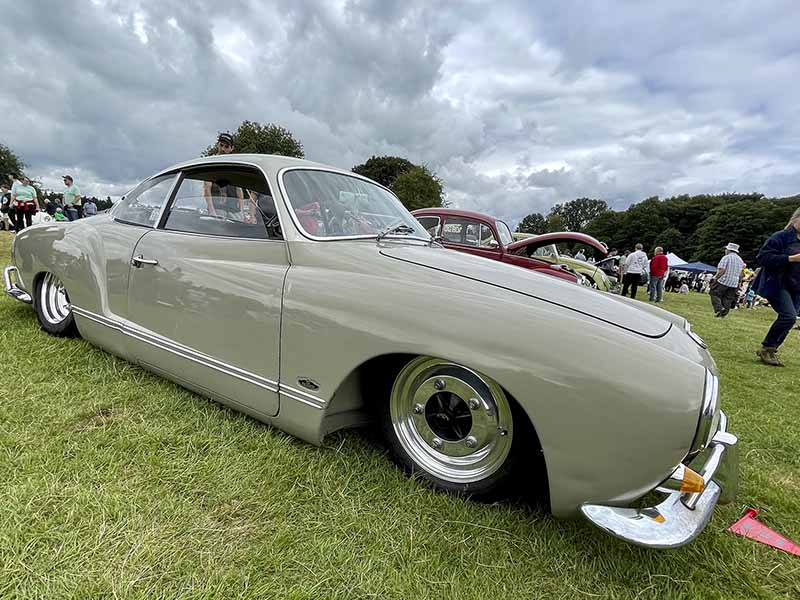 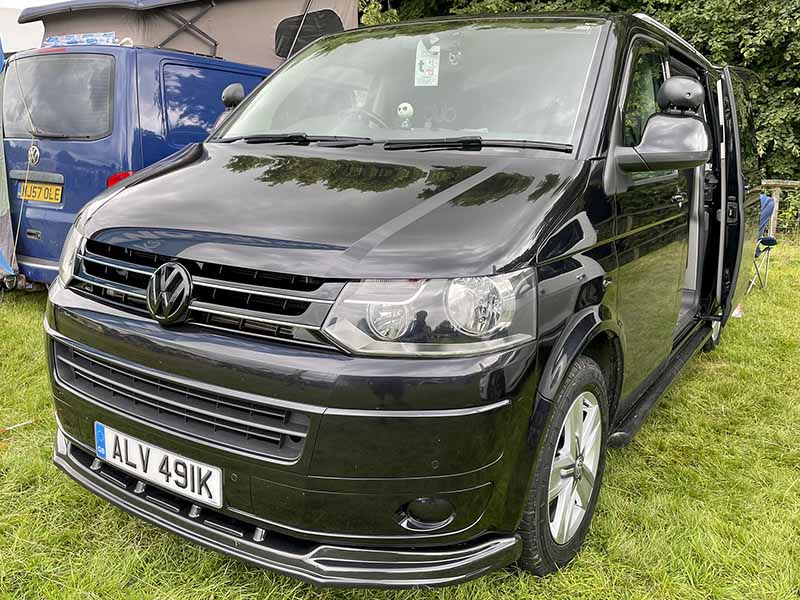 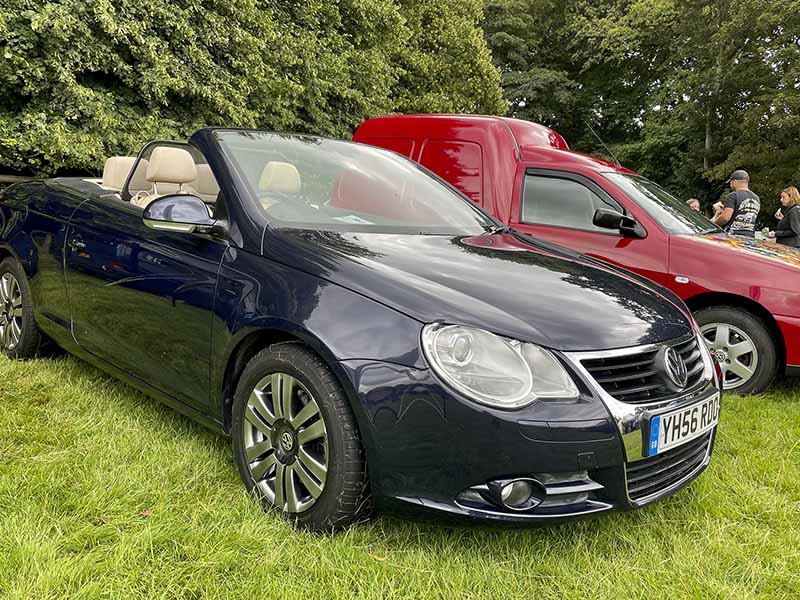 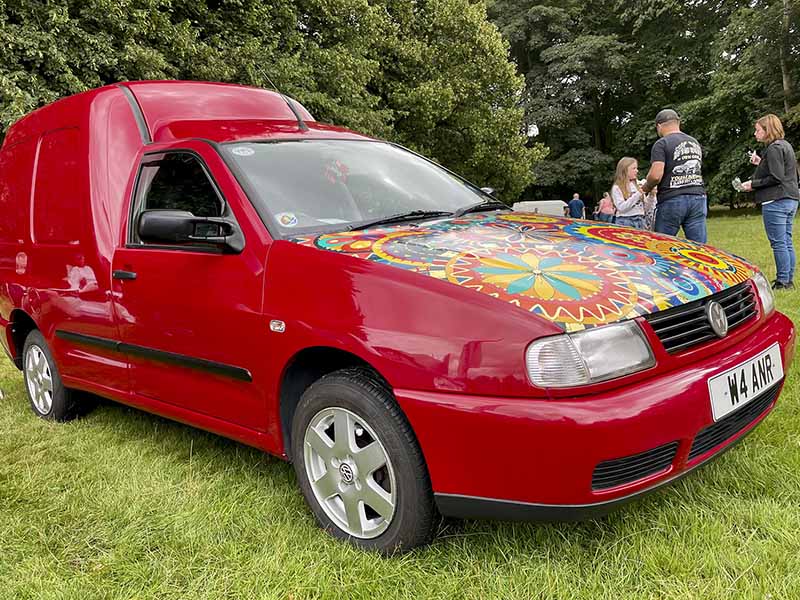 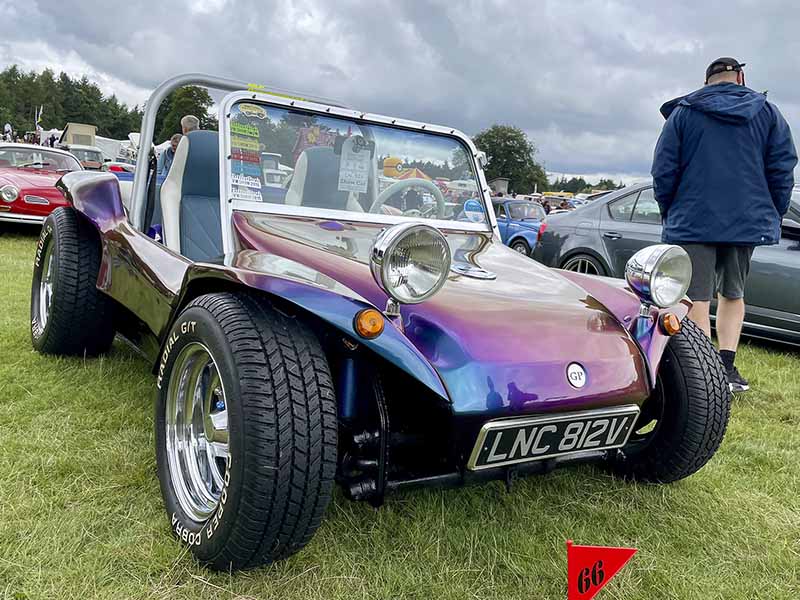 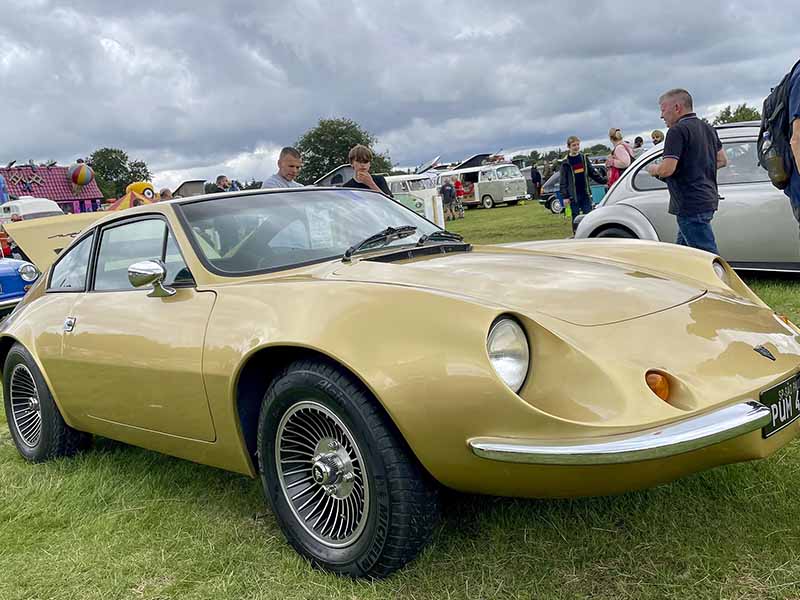 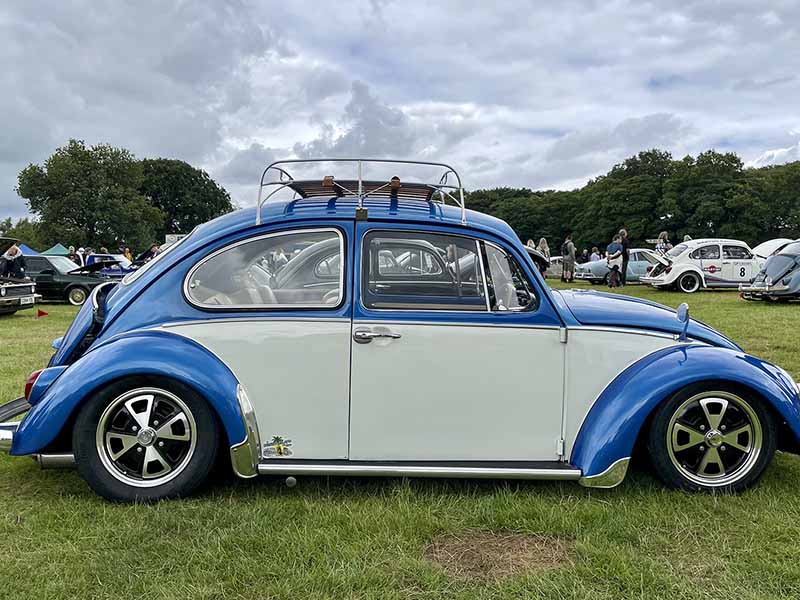 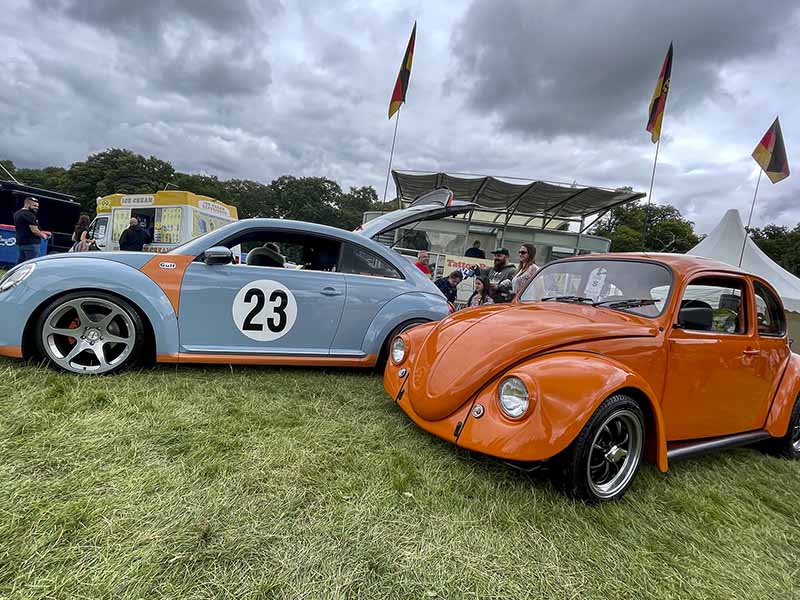 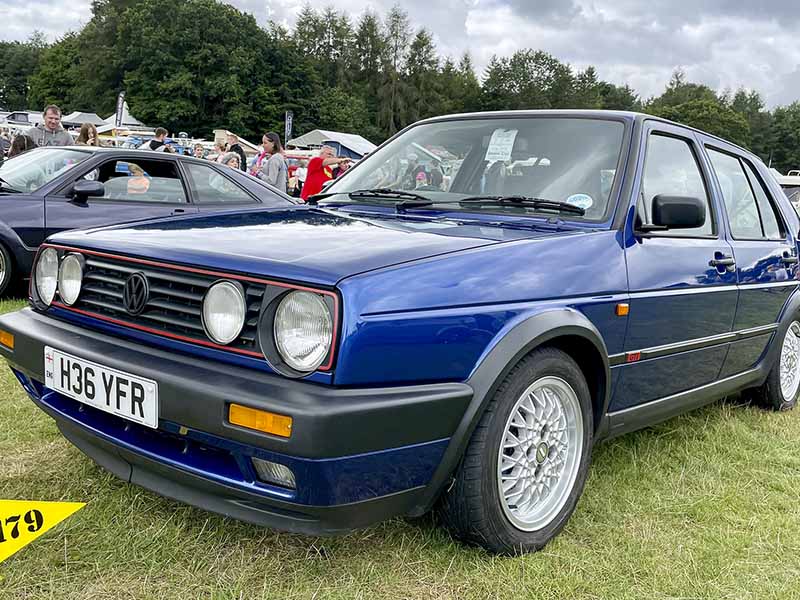 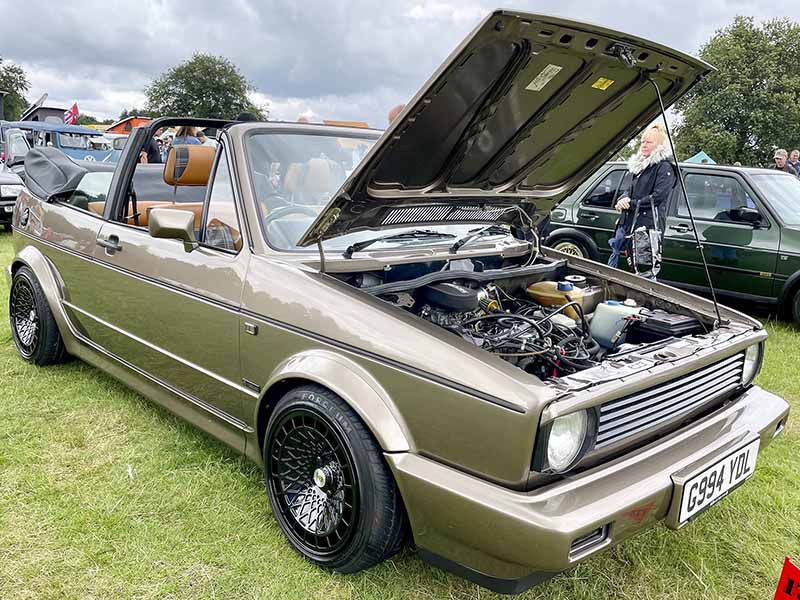 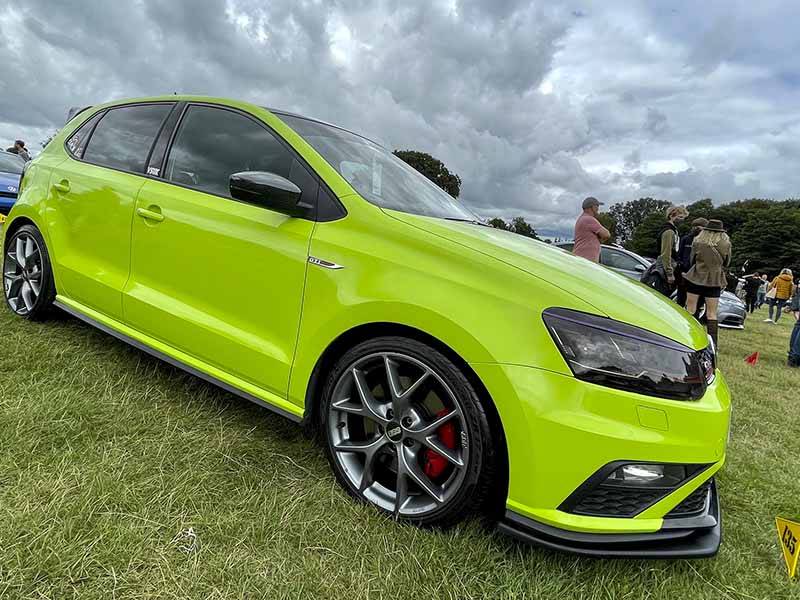 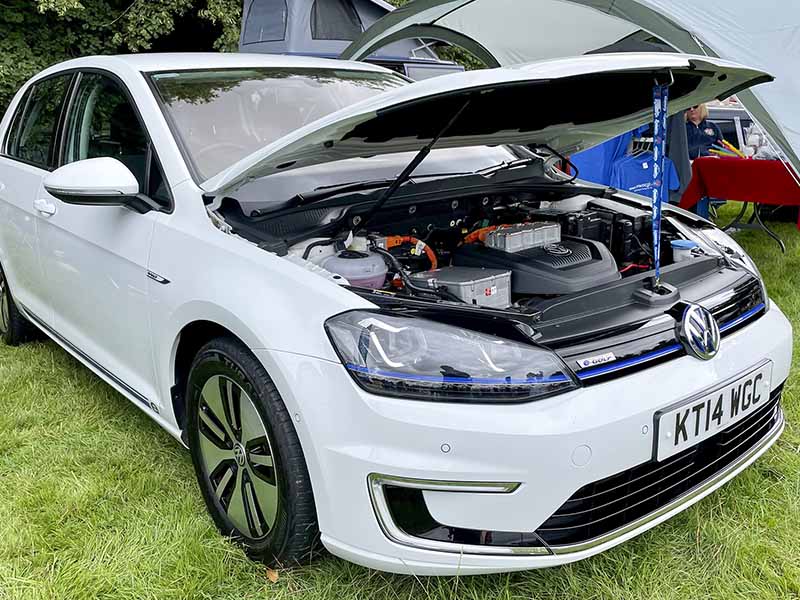 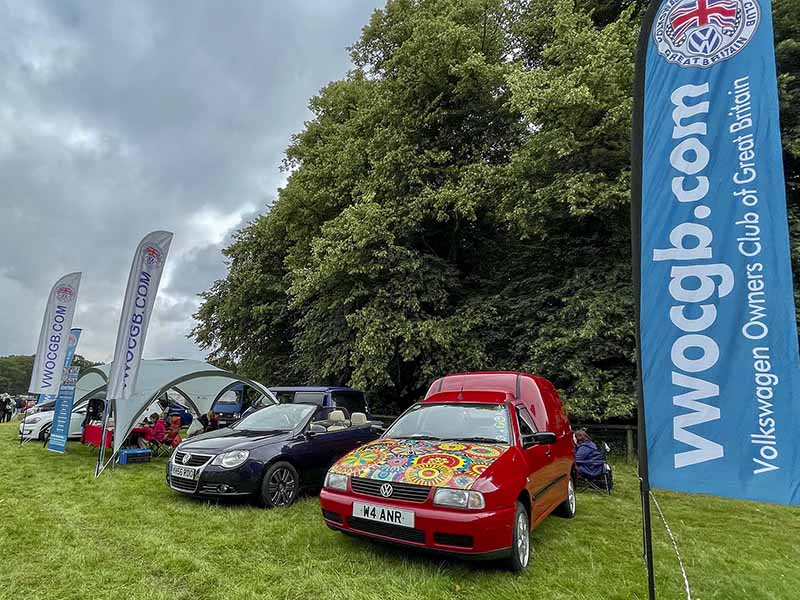 Back in August, we popped along to one of our favourite VW shows, Tatton Park. In the run-up to the show, we didn’t know whether it would go ahead or not. Several other shows had pulled the plug late in the day, so we were pleased when the day arrived and we could head over to Cheshire for our first show as a club for 18 months.

As Tatton Park is a one day show, we were up bright and early on Sunday morning, arriving at the grounds for around 8:30 am. We were greeted on our stand by Rich in his Caddy who had beat us there. Soon after, Derek, Peter and Phil joined us in their Eos, e-Golf and T5 Caravelle.

Despite a bit of drizzle early on while we were setting up, the weather was reasonably kind to us. The show field was full of amazing cars as per usual, we really don’t envy the judges that have to pick the winners.

Our favourite cars included a gorgeous lime green Polo GTI, a super clean gold Mk1 Golf Cabriolet and it was great to see Keith Vipond’s military Beetle looking splendid and being looked after by its new owners.

Junior committee member Katie had a great time exploring the other trade stand with Phil’s daughter. They kept popping back to the club stand with various gifts they’d bought.

We had a fantastic day, and want to thank the members that came along to display their cars on our club stand. It really did look awesome. Thank you, Rich, Derek, Peter and Phil.