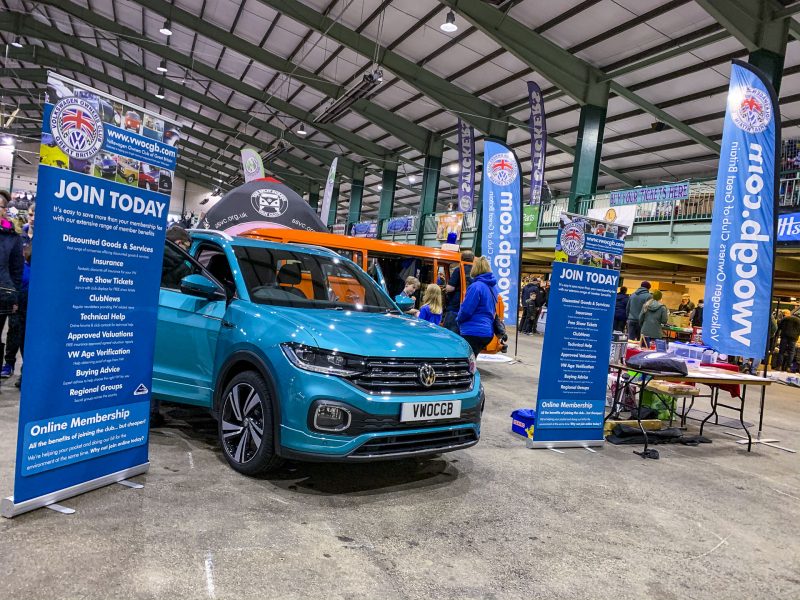 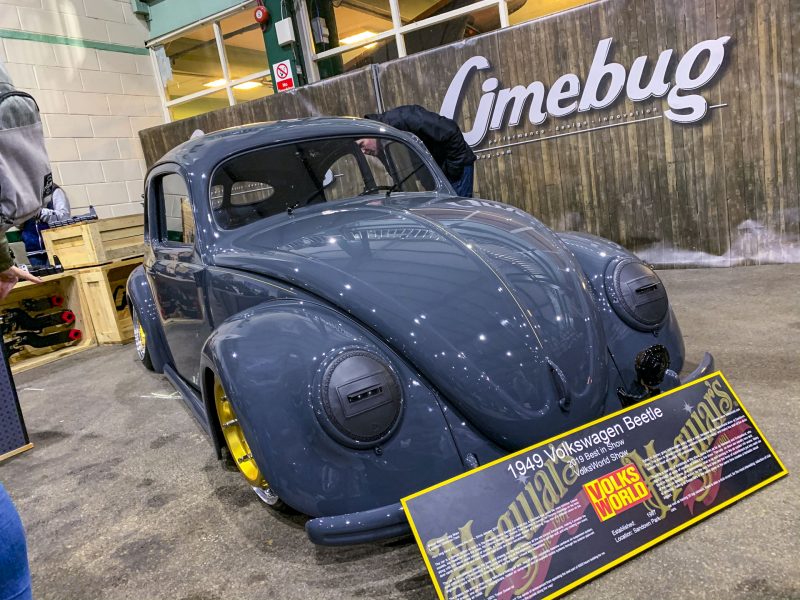 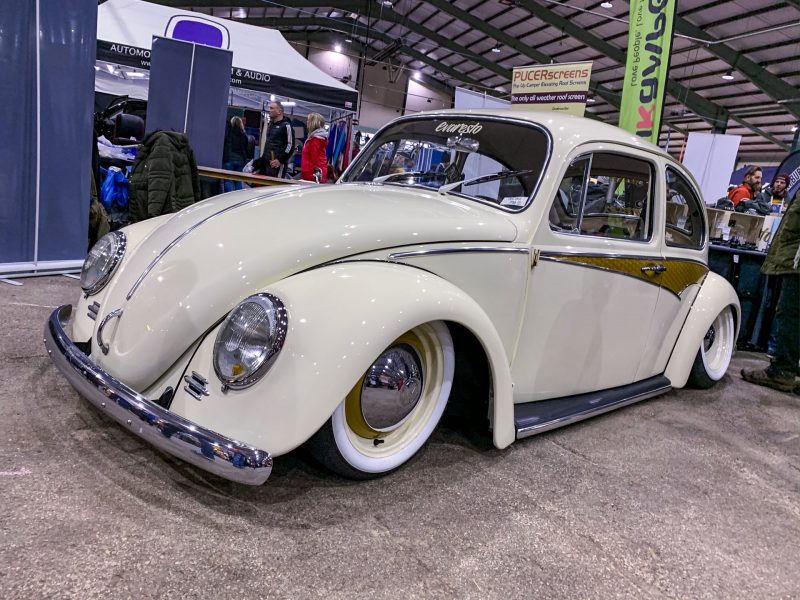 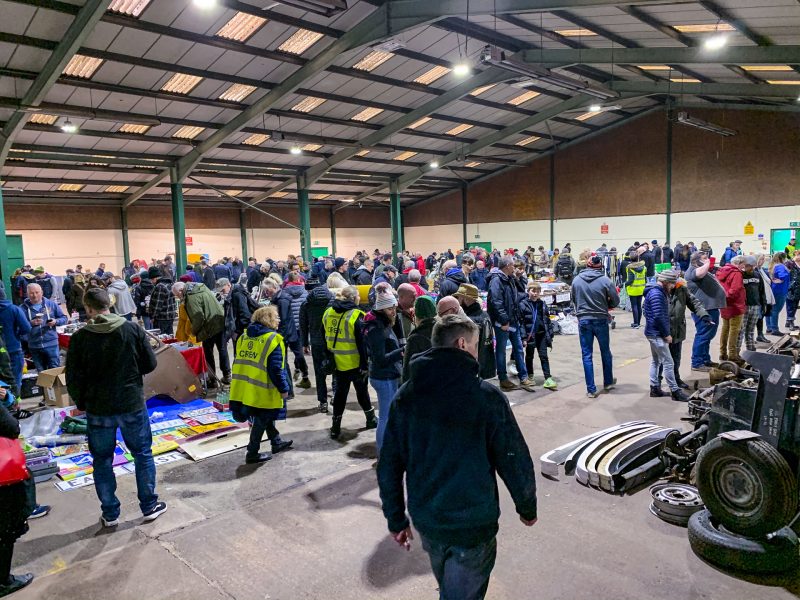 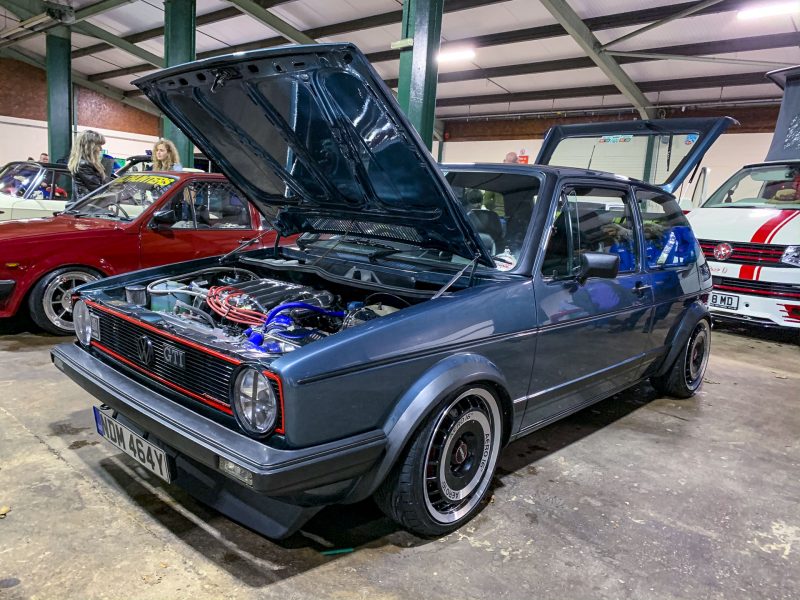 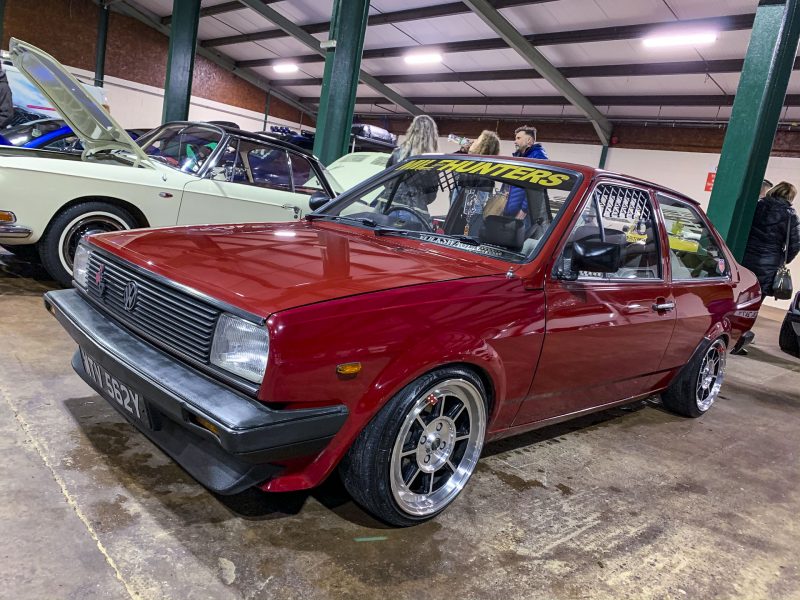 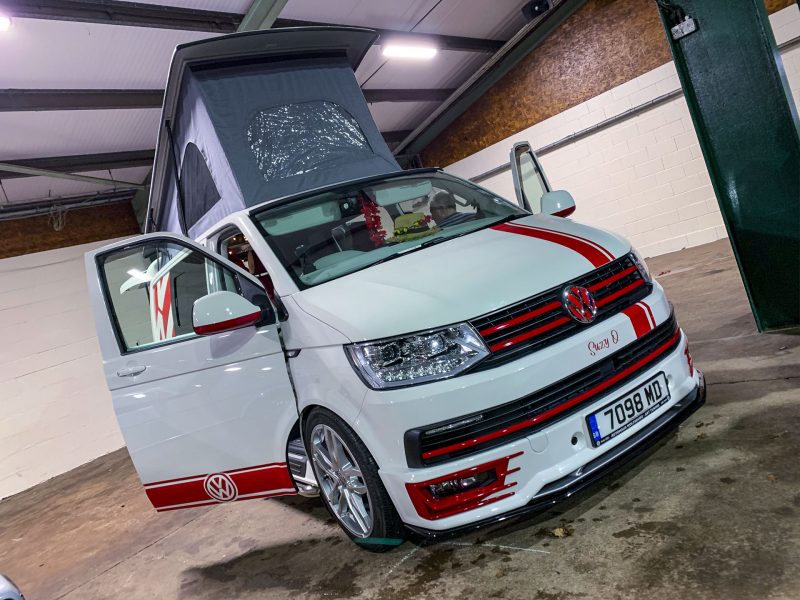 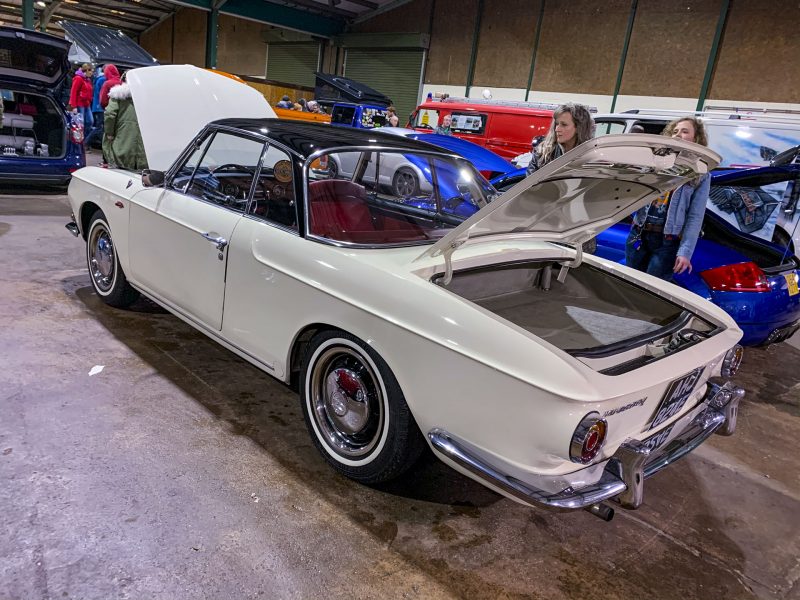 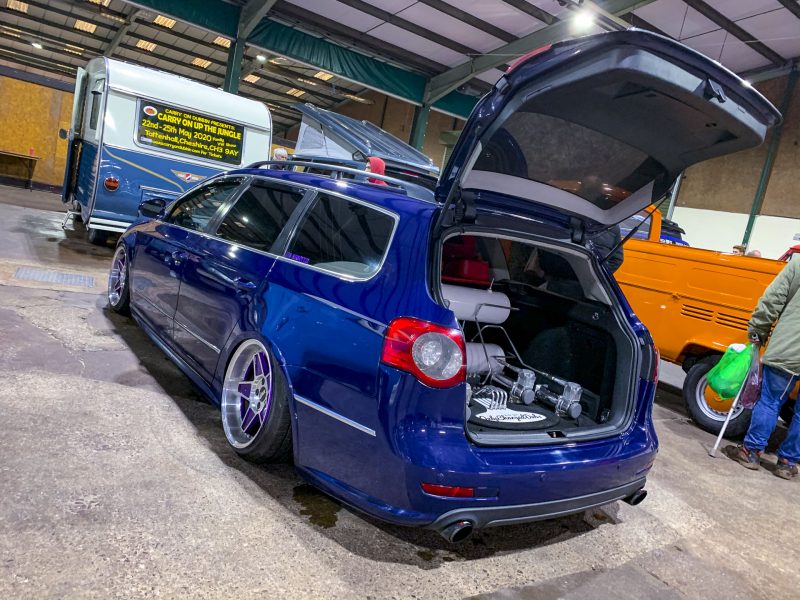 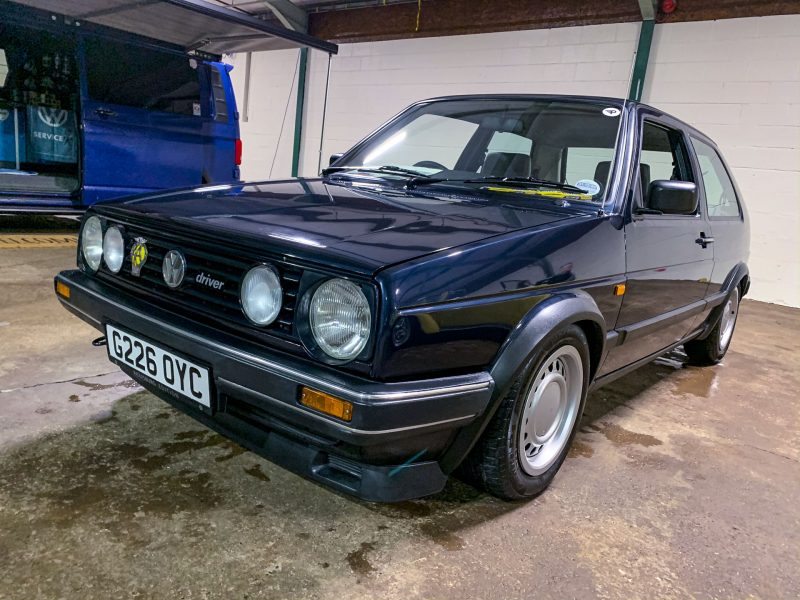 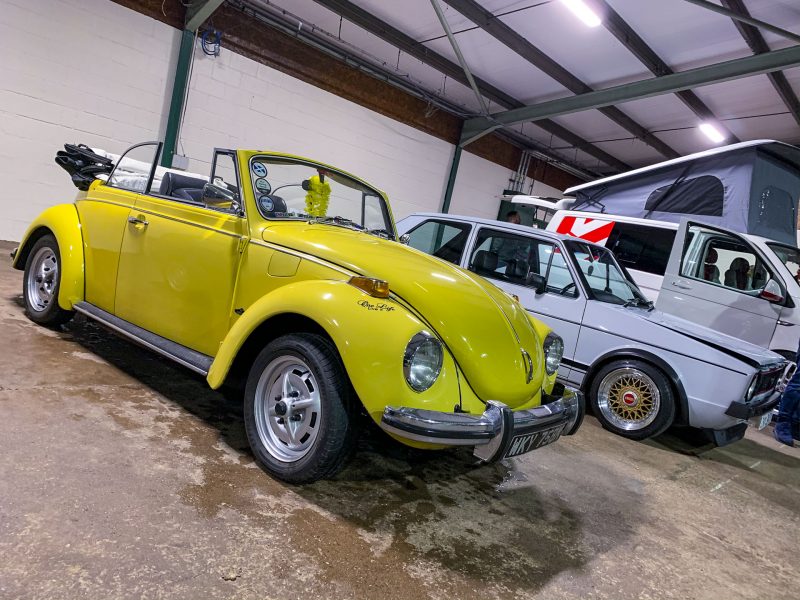 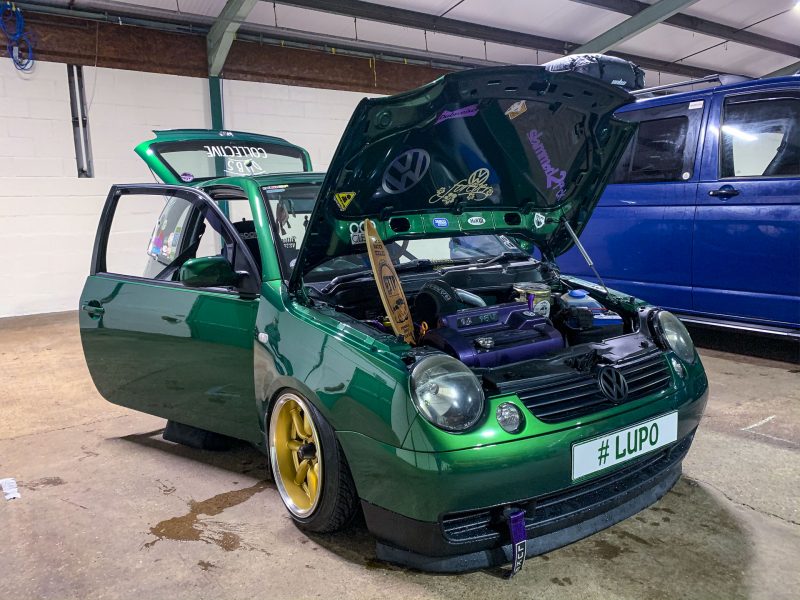 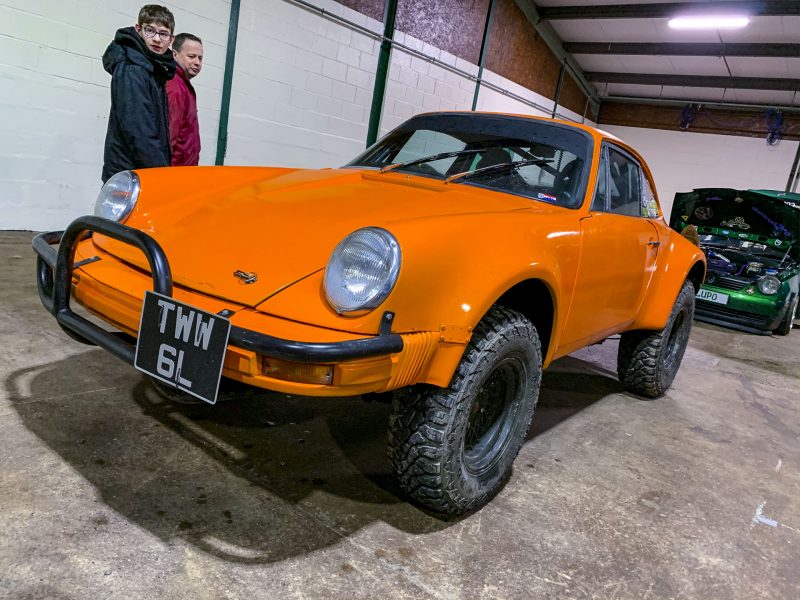 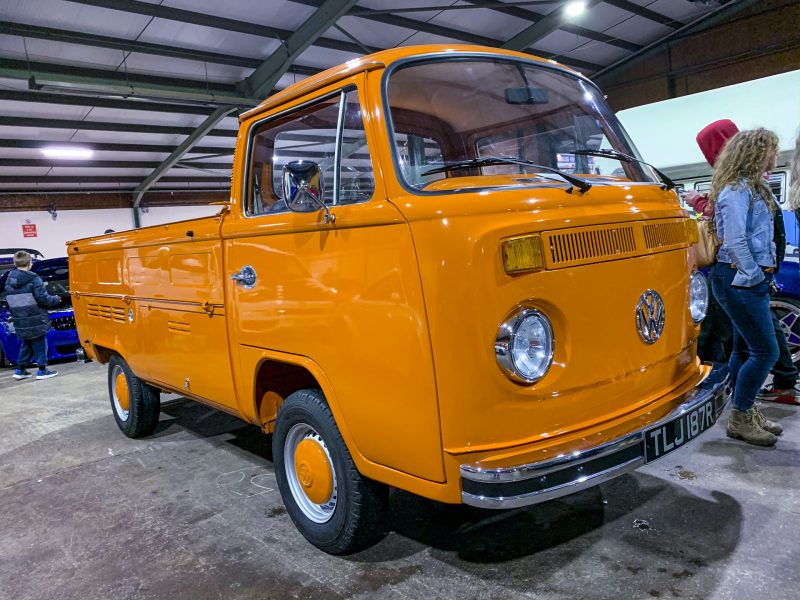 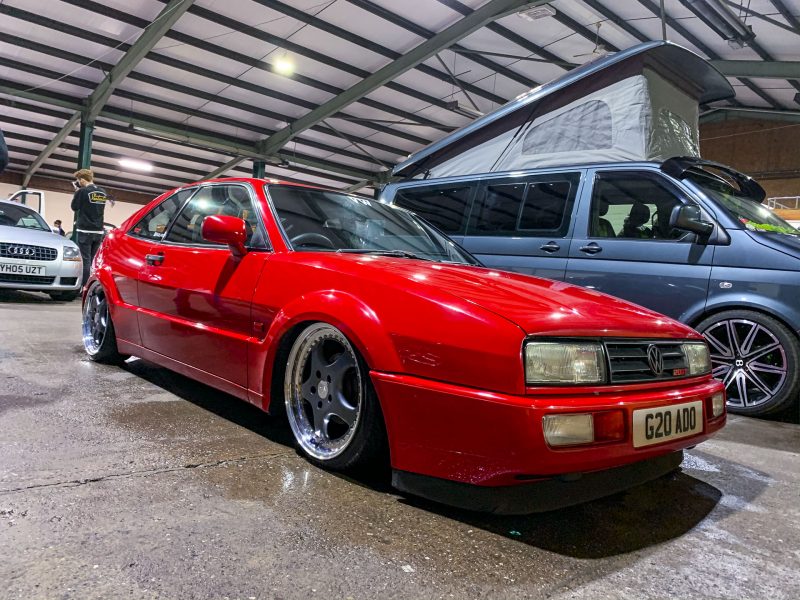 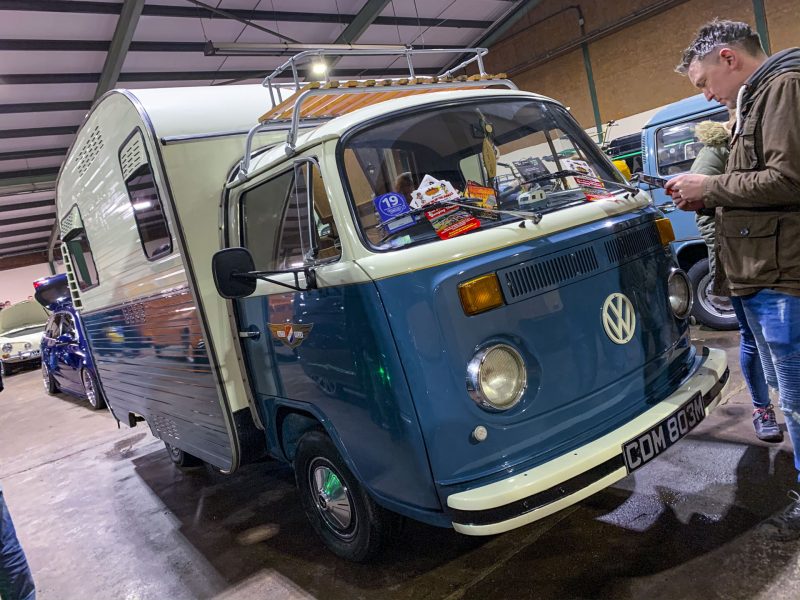 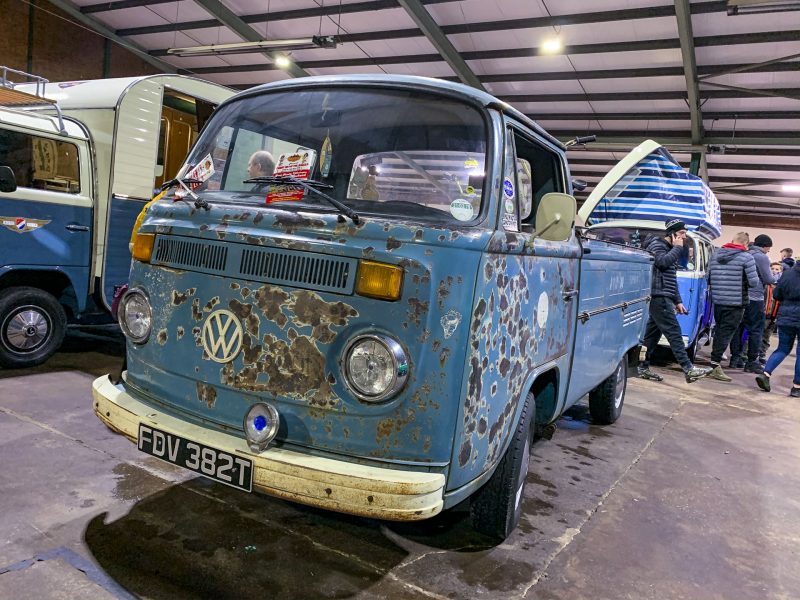 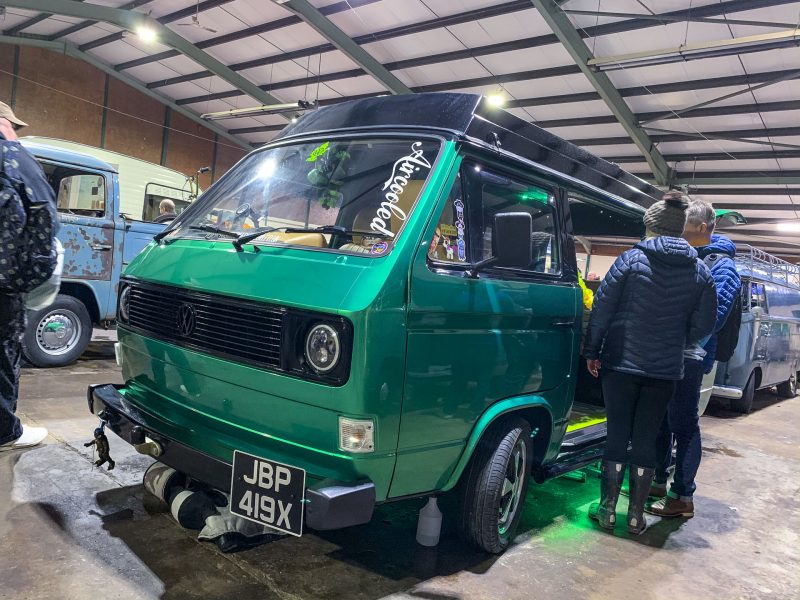 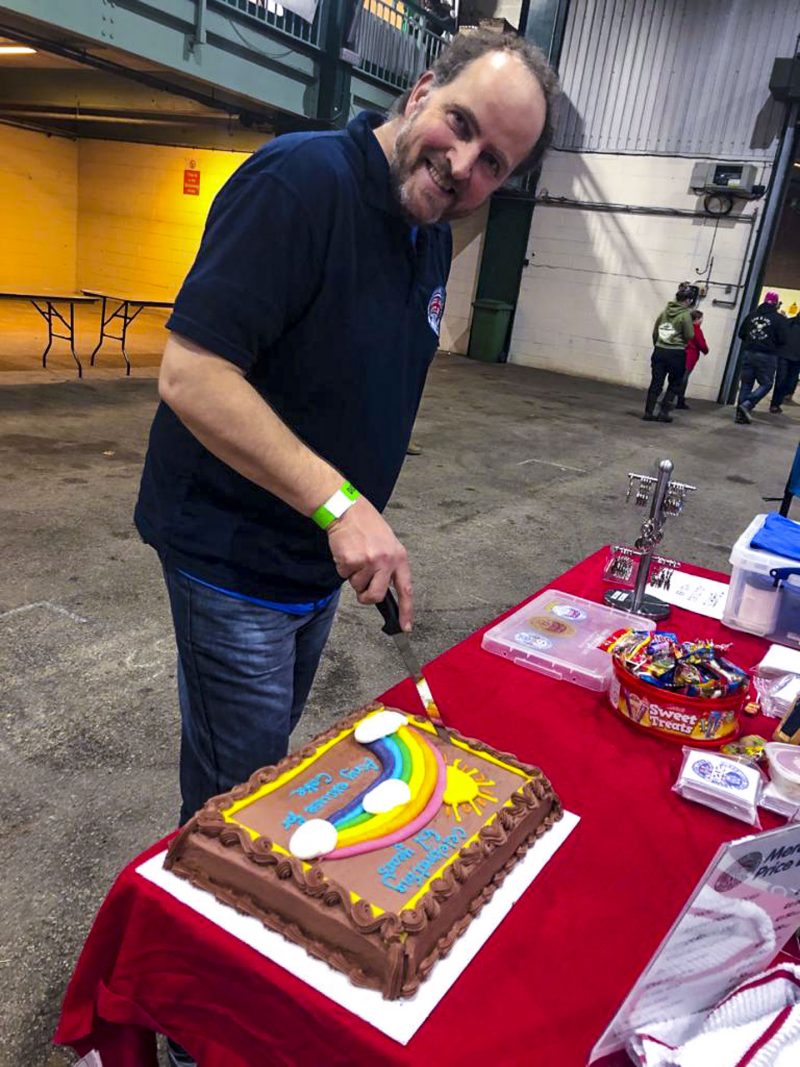 Storm Dennis couldn’t keep us from paying our annual pilgrimage to DubFreeze, although it did throw a few obstacles in our way.

We set off early Sunday morning from Sheffield in the T-Cross that we had borrowed from VW. The roads in South Yorkshire were fine, the winds were not too blustery, nor was there much in the way of precipitation.

As we neared the County Showground in Staffordshire, and deviated from the main A roads, things started to worsen. We were heading through a small village just past Uttoxeter when the road we were travelling on stopped being a road, and turned into a river. Being in a village that we were unfamiliar with, we decided that we needed to turn around and not try to cross the torrent running across the road.

Despite Storm Dennis’ best efforts, we made it safely to the Showground to meet up with our Chairman, John Renshaw who was already in the hall, quite aptly in his T2 Katastrophenschutz Bus (Disaster Bus). John had reportedly managed to wade through some quite deep waters in his van!

This year, the organiser; Terry ball, had changed things around slightly and moved our stand down onto the lower floor, near the entrance to the Autojumble. This was a great place for us, as I feel in previous years, the balcony where we are usually placed sees less footfall.

We set our stall out, gave the cars a quick wipe down and polish and then set about cutting our 67th year anniversary cake… any excuse for cake right?!

Throughout the day we talked to loads of folk as we shared our cake while younger visitors to our stall enjoyed our colouring table. It was great to talk to existing members as well as members who joined our club at the show… a huge warm welcome to you all!

The show was a little quieter than it usually is, with the weather, it’s hardly a surprise. We had a chat to Terry Ball, the show’s organiser, who told us that a couple of traders who had ventured to the show from the north-east had to turn around an head back home as their route was blocked. A real shame after they’d driven most of the way there.

The show and shine hall was still full of a great variety of cars through. It’s hard to choose my favourite VWs from the show this year. I am going to select a few, each for different reasons. First up was the Corrado. I have a bit of a sweet spot for a tidy looking Corrado, a car I’d like to add to my ‘owned’ list one day. Anyway, this example looked very clean, with a nicely lowered stance. Second up is the Feurwher LT35. The LT range isn’t the most desirable of VWs, but this one looked like it has been well looked after, still wearing all it’s fire service equipment. My final favourite was the orange ‘911’ Baja. While the sight of this probably had Porsche purists seething, I liked this just for the bonkers-ness of it all. A quick look round revealed what looked to be a Beetle chassis with a raised 911 shell running on mud plugging tyres. It certainly made me smile anyway.